>be OP
>the faggot cuckime poster from 8gag /shroomer/
>find a new home
>finally find people you like
>Latvia-san
>Uruguay-san
>the Aussie guy
>Jean Pierre
>Gianluca
>various amerikanskies
>Wolfgang
>and all the other guys I forgot
>one day: 8gag goes down
>have no means to contact anyone anymore
>lose all your newfound internet meme friends
>without the chance to even say good bye at least
&ltwhatever, it will cum up soon again
>down ever since
>try to find backup boards
>they are all dead
>Finally, after 2 months of Odyssee, some guy on Neinchan points me towards a direction
>a certain booze-pilled musician is apparently lurking here
May the real Latvia-san please stand up
I repeat
May the real BO-san please stand up

R: 6 / I: 1
we see ourselves again, blokal
i don't remember where I saw you first time, but it was for sure 2 years ago.
Still nothing changed in my life but soon external happenings will change it.
I'm pretty sure we will meet again
Thank you for being
~~cpr

>be me
>19yo
>Take Russian literature course our of interest
>guy who teaches the class is also the Czech teacher
>recommends I take Czech
>need a language for next semester
Would the Czech language be enjoyable or easy to learn? To be honest is sounds really interesting.

R: 6 / I: 1
Hello, bless Slovakia, Lithuenia, Serbia and similar countries. I hope they will thrive. Poland as a bigger country is bit bydlo, the smaller ones are more civilized I believe.

aka existence is a nigger

I was wondering, did one of the Slovaks ever watch programs in Slovak language on Ukrainian television? For example, there was a TV program called "Aktuality", that aired on Tysa-1 TV channel (Тиса-1). Now this channel has been renamed from Tysa-1 to UA: Transcarpathia (UA: Закарпаття). Also on this channel showed programs in Romanian, Hungarian, Ruthenian and other languages.

R: 1 / I: 0
>angels of heaven
your opinion, do you know anybody from this group and is it true that they pray for over 10 minutes to the turned off TV at the certain hour? 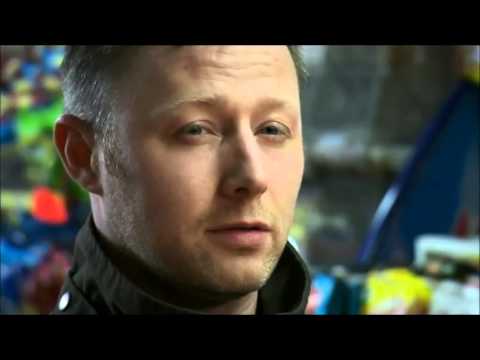 >so what's your thing b-lokal?

"Oh, look who it is! Alright?"
"Alright."
"Alright."
"How's things?"
"Not bad, yourself?"
"Good, good. Workin' away."
"You're still doin' the scaffolding, aye?"
"Naw, chucked that years ago. Yourself?"
"Listen, I don't mean to be rude but I'm just gonna go and pick the classes, alright?"
"Right."
"Uh, well I was just doin' the whole website thing, that, I chucked that and all. You still in Glasgow, aye?"
"East end, ah, it's alright."
"I'm still in Partick."
"Right, so… What're you into these days?"
"I've got a secret hamster. Keep it up in my loft. She thinks I'm up there trying to fix the leak in the roof but… I'm up there feedin' it. Givin' it a wee clap (pet)."
"Nobody knows?"
"Nobody. My son got suspicious. He was like that: 'What leak? Dad, What're you doin' up there?' I says: 'Son, you don't wanna know.' He hasn't asked since. I don't know what he thinks I'm doing but, it wouldn't be that. Yourself?"
"See on my way to work, I pass this dump. It's not a real dump, it's just a bit of spare ground people use for…"
"Fly tipping?" (illegal waste removal)
"Aye… Well see in there there's this wardrobe, right? It's been there for months. I get in the wardrobe. Sometimes for ten minutes, sometimes for ten hours. Told her last week 'It's Friday, I'll be away workin' the weekend. I'll be back monday workin' on the rigs.' I was in the wardrobe all weekend, fuckin' laughin' my head off."
"I've gotta get one for the loft."
"Get what for the loft?"
"Ah, I better go, see ya's later, right?"
"See ya later."
"Ah, just something to fix that leak."
"Ugh, that leak!"

R: 4 / I: 2
Hello B-lokal,
somebody was talking about this site on 4chan and so I went to check it out and I gotta say I like the minimalist theme and overall vibe of this place though I cant understand a shit.
Anyway, nice board… you got yourself a new user.

R: 7 / I: 1
> Czechs and Slovaks live in united country
> They separate and create two separate countries
> But then they create united Czecho-Slovak imageboard
Where is logic?

R: 0 / I: 0
Greetings from Ylilauta International

R: 2 / I: 0
Man gotta protect himself from the cough. Ain't gonna lose some precious seconds on coughing, aye.

B-lokal is a Czecho-Slovak imageboard.

It is the first (and only one) of it's kind in that it aims to provide a platform for both Czech and Slovak imageboard community without treating any of them preferentially.
Users can post in Slovak, Czech or English language and all three are considered equal here.

Board overview:
> /x/-Settings
= dedicated to discussions regarding the site functionality, suggestions, improvements, etc
= IDs are enabled

>/int/-International
= it's basically /b/ dedicated for posters from other countries
= no moderation, no IDs, no rules*
= no language restrictions

*General rule of thumb that applies to all boards:
Do not post things that are against EU laws and do not flood this place with spam.